House Speaker Nancy Pelosi is one of the richest people in Congress. And that’s saying something.

“I believe she’s the sixth, or so, richest member of Congress, and she behaves that way,” Conway told reporters gathered on the White House driveway. “She treats me as she might treat her maid or her pilots or her makeup artists or her wardrobe consultants.”

Conway’s comments came after Pelosi, during an ill-fated infrastructure meeting on Wednesday in which President Trump abruptly walked out, reportedly told Conway she spoke to the president and not his staff. “I told her, ‘Gee, that’s so pro-woman of you,'” Conway said.

Maybe the Ninth Circuit Court of Appeals in California will stop being the place where President Trump’s executive action go to die.

The 9th U.S. Circuit Court of Appeals is on track to have 13 Republican appointees among its 29 full-time judges once the Senate confirms Trump’s latest nominee to the San Francisco-based court and the president fills one remaining vacancy. With 16 judges tapped by Democratic presidents, the 9th Circuit is the closest it’s been in more than two decades to achieving an ideological balance.

When Trump took office in January 2017, 18 of the judges on the 9th Circuit were named by Democratic presidents, and seven were appointed by Republicans. Trump also inherited four open seats on the federal appeals court.

Now, more than two years into his first term, Trump has tapped six judges to the San Francisco-based court, which is the country’s largest federal appeals court and has been described as the most liberal. The Senate confirmed two of those nominees — Kenneth Lee and Daniel Collins — this month, and the Senate Judiciary Committee held a confirmation hearing for another 9th Circuit pick, Daniel Bress, on Wednesday.

“That kind of fortifies it in a different direction,” said Adam Feldman, founder of Empirical SCOTUS, a blog focused on the high court. “That’s the intention for sure.” 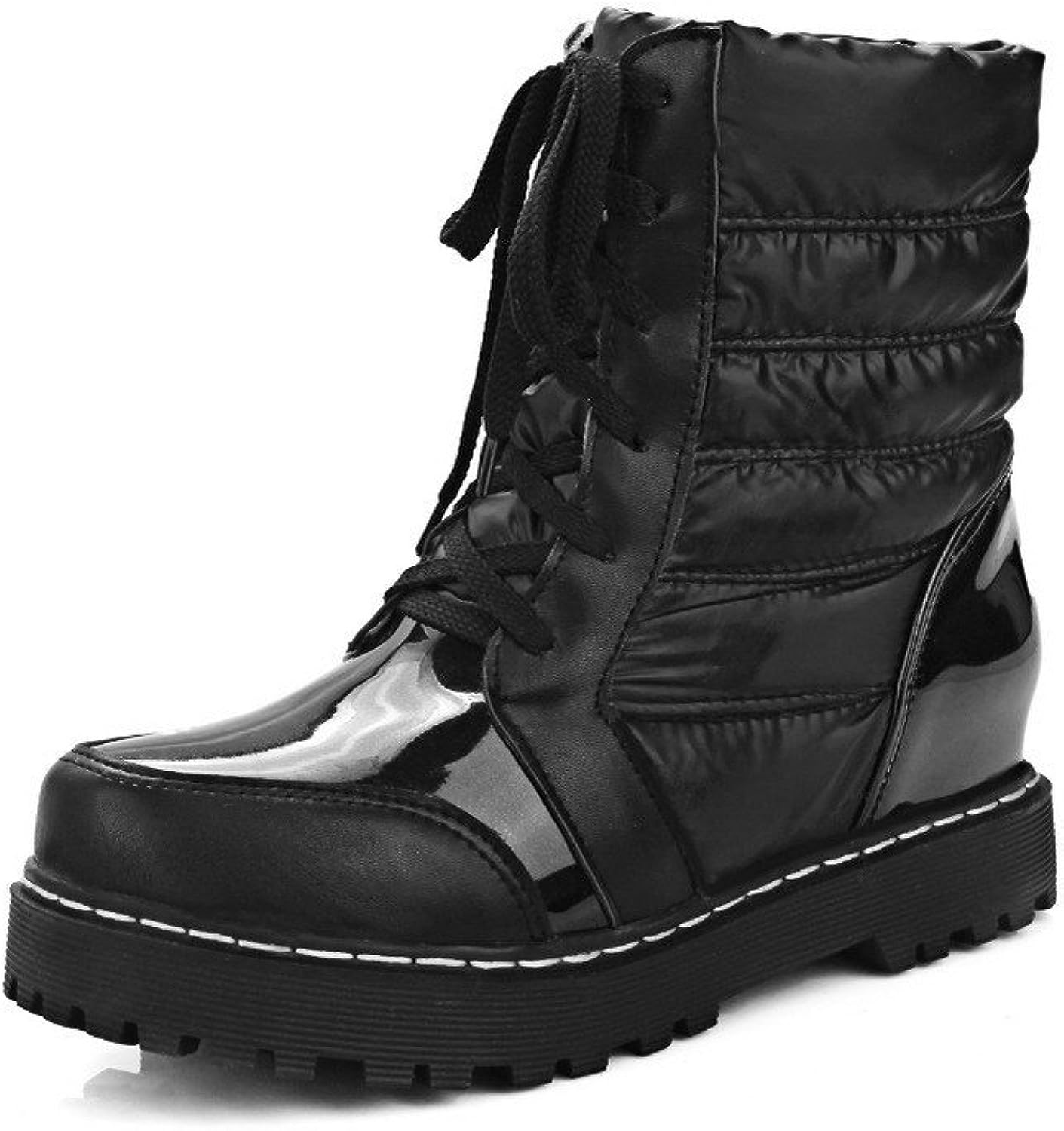 This is pretty funny.

President Trump dragged Chuck Schumer and Nancy Pelosi down Pennsylvania Avenue for what was supposed to be an infrastructure meeting. Then he threw them out and held a press conference in the Rose Garden about how they are unjustly investigating him, and he’s not doing any infrastructure until they cut it out.

A brilliant PR stunt by the master.

President Trump canceled a scheduled meeting on infrastructure with Democrats on Wednesday, saying he was upset about claims he engaged in a coverup and Democrats’ use of “the I word” — meaning impeachment.

“Instead of walking in happily into a meeting, I walk in to look at people that have just said that I was doing a cover-up. I don’t do cover-ups,” Trump said, speaking in the Rose Garden about 25 minutes after the scheduled start of the meeting with House Speaker Nancy Pelosi, D-Calif., and Senate Minority Leader Chuck Schumer, D-N.Y.Zarbrina Women's Fly-Knitted Fashion Sneakers Low Top Round Toe Lightweight Workout Fitness Jogging Casual shoes

“I walked into the room and I told Sen. Schumer, Speaker Pelosi, ‘I want to do infrastructure. I want to do it more than you want to do it. I would be really good at that. That’s what I do. But you know what? You can’t do it under these circumstances. So get these phony investigations over with,'” Trump said.

I’m a little concerned that National Security Advisor John Bolton is looking for a war. But as it stands now, the Iran policy he and President Trump are pursuing is working.

In short, the idea is to try to do something about problems every other administration has kicked down the road: Iran’s nuclear program cannot be permitted to resume and get to a point where they can build ICBMs, all of which they can do under the deal Barack Obama negotiated with them, as long as they wait a few years. Iran’s influence around the Middle East must be rolled back. And Iran must stop killing Americans, something they have been doing for years and that has simply been tolerated.

No more. As Themost Boots for Women,High Heel Ankle Boot Elastic Pionted Toe Winter Booties by Marc Thiessen makes clear, the increase in U.S. forces in the Gulf was ordered because while Trump tightens the screws with sanctions – hoping to force Iran back to the negotiating table – the country is about to start attacking Americans, maybe in a big way, as they have in the past.

The message is: We are the superior power, and we will not be threatened by you.

From the Thiessen piece:

When Trump came into office, Iran was on the march across the Middle East — in Syria, Lebanon, Iraq and Yemen — thanks to the Obama administration’s failure to confront Iranian aggression and the massive infusions of cash it received from sanctions relief under President Barack Obama’s Iran deal. Trump withdrew from the deal, but he did not simply restore sanctions imposed before it; he ramped them up to unprecedented levels. The sanctions have already “wiped $10 billion from Iranian revenue since November,” The Post reported, citing administration officials.

The new sanctions are forcing Tehran to cut funds to its terrorist proxies. According to The Post, “Iran’s ability to finance allies such as Hezbollah has been curtailed,” while in Lebanon, the New York Times Unyielding1 Women's Winter Zipper Closure Snow Knee High Boots Winter Boots Outdoor Boots, “Syrian militiamen paid by Iran have seen their salaries slashed” because, to quote one fighter, “Iran doesn’t have enough money to give us.” On Tuesday, Secretary of State Mike Pompeo told Congress that “Iran’s proposed defense budget has been reduced by 25 percent and the [Iranian Revolutionary Guard Corps’] proposed budget by about 10 percent.”

Iran is obviously unhappy with this, and U.S. intelligence saw signs that Iran was preparing to respond with attacks on Americans using terrorist proxies — just as they did in the 1983 Beirut Marine barracks bombingand the 1996 Khobar Towers bombing in Saudi Arabia, and by supplying Shiite militias in Iraq with armor-penetrating roadside bombs that killed hundreds of American soldiers.

Excuse me, it’s time for my peach.

Actually, they are mistaken. Socialism is a bad thing.

How quickly people forget. Honestly, we’re less than two decades past the Cold War, and already Americans are forgetting just how bad socialism can get.

Most Democrats support it, of course.

The Roper/Fortune survey is one of the oldest trend questions measuring attitudes on socialism in the U.S. Gallup’sMET RXL Lady,Thick-Soled,Middle Heels,Non-Slip Sandals A Word with,Casual SandalsNina Original Womens Farrah Dress PumpPeerage Ida Women Wide Width Classic Style Comfort Leather Penny LoafersOxypas Move Line, Lilia, Antistatic Professional shoes update of the question in an April 17-30 survey finds Americans more likely to have an opinion on the matter now, as well as a smaller gap in the percentage calling socialism a bad thing vs. a good thing.

Previous Gallup research shows that Americans’ definition of socialism has changed over the years, with nearly one in four now associating the concept with social equality and 17% associating it with the more classical definition of having some degree of government control over the means of production. A majority of Democrats have said they view socialism positively in Gallup polling since 2010, including 57% in the most recent measure in 2018.

Looks like the investigators may need even more investigating. According to the Washington Examiner: A charity run by the wife of Rep. Elijah Cummings received millions from special interest groups and corporations that had business before her husband’s committee and could have been used illegally, according to an IRS complaint filed by an ethics watchdog…